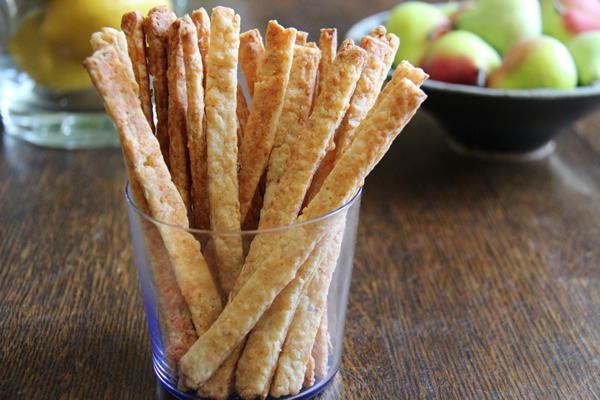 I owe Aunt Sammy an apology.

She’s not just my Aunt Sammy, but yours, too—the wife of our Uncle Sam. She starred in a popular radio show way back when, as radio had just begun making waves. The US Department of Agriculture, big into radio programming for farmers, dreamt her up in 1926 to give farmers’ wives a view of the world beyond their fences. As radio stations sprang up everywhere, more than just farmers tuned in to hear the charming Aunt Sammy chat about recipes and household tips. So what if she wasn’t real? It was before networks, so an actress at each local station played Aunt Sammy according to a script. With her familiar accent, she was everyone’s next-door celebrity chef.

“Housekeeper’s Chat” aired in short daily episodes until 1944, helping homemakers put healthful, affordable and delicious meals on the table even through tough times. But it was also a media pioneer, and one of the first radio shows to have the kind of recurring characters that became standard on radio and TV. Two of the three women who wrote it were food experts. The third supplied the witty banter that turned it into real entertainment.

The show was such a hit that the USDA’s Bureau of Home Economics published a free companion cookbook, Aunt Sammy’s Radio Recipes, which they revised Even before I heard of Aunt Sammy, I thought of the USDA’s home economics branch as a good friend sharing favorite recipes. I collected many of its cook booklets right after college and preferred them to the popular (and I believe overhyped) Joy of Cooking. Here were well-tested, well-crafted, wholesome recipes, free for anyone to take and share without a hidden agenda, sponsors, or strings attached. Even now I get a little verklempt when I think about how this benevolent Government agency—like the kindly aunt who bakes the best cookies—just wants us to enjoy cooking, eat well and stay healthy.

In a recent comparison of baked cheese sticks, Recipephany pitted Aunt Sammy’s Cheese Straws against our longtime favorite Puffy Cheese Sticks. We reported that Aunt Sammy’s came out tasty, but “lacked the delectable bite of the puffy cheese sticks.”

What we failed to note was that Recipephany Test Kitchen’s Chief Taste Tester (my husband Dan) actually preferred Aunt Sammy’s thin and crispy sticks. Yes, we are still cheerleaders for “Team Puffy.” But these skinny cheesy breadsticks make a tantalizing alternative. And they are easier and faster to make. No need to chill before rolling. Plus, thanks to Aunt Sammy’s ingenuity and waste-not ethic, they help use up your old bread. Surprisingly, they taste great right out of the freezer (where we keep a stash for an instant treat).

So what were we thinking when we implied Aunt Sammy’s cheese straws were second-rate? Sorry, Aunt Sammy, for calling you a runner-up. Your cheese straws, almost a hundred years later, prove you’re still Mrs. America. While your neighborly voice no longer graces the airwaves, your cookbook and great recipes live on—free for all to enjoy.

Preheat oven to 350°.
Combine flour, baking powder, salt and paprika in a large bowl. Rub in the butter or shortening with your finger tips. Add bread crumbs, milk and cheese, and mix thoroughly. Roll to one-fourth inch thick on a floured board. Cut into narrow strips and bake for 20 minutes, or until golden brown. 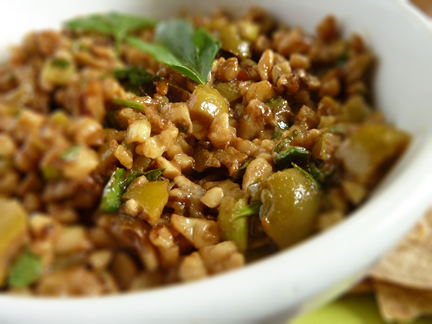 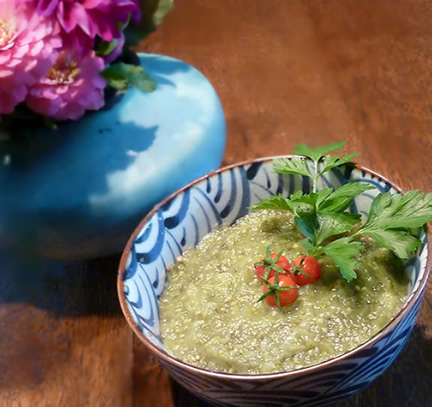 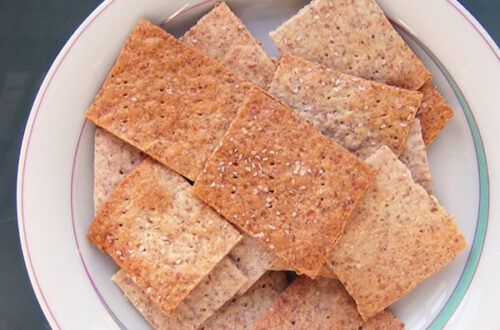