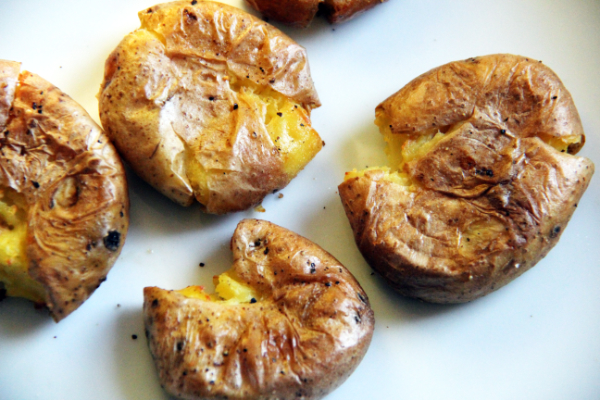 Our friend Richard Nasser served these heavenly punched potatoes and they made us think of what makes a great french fry: crispy outsides with soft, creamy insides. Our daughter, when she was little, nailed it when she said her favorite fries have “a lot of filling.” Yes, we want them crisp, but the real potato punch is in the “filling.”

“Punched potatoes” apparently come from Portugal, creating some nice English alliteration. They are also known as ”smashed potatoes.” As both names imply, the idea is to flatten them. As our guest contributor, Richard shares his technique for creating the optimal “flesh/skin ratio” that make these potatoes totally irresistible.

“I don’t know the national provenance of punched potatoes—they don’t seem to have much in common with the little I know about Portuguese cooking, but maybe…? I read the recipe in some magazine 10 or 12 years ago and screwed around with what I remembered until they came out the way I liked.

“1. Choose a less starchy variety like Yukon Gold, red potatoes, et al. Idahoes and russets are too starchy and will get mealy and disintegrate in the oven. Keep ’em small, at about two inches in diameter.

“2. Crank the oven to 425-450°. Onto a sheet pan they go (I use a quarter-sheet pan for about 10 or 11) and into the oven for about 30 minutes. They need to be pretty done but not completely because they’re gonna spend more time in the oven. So a cake tester should go through with moderate pressure.

“3. Take ’em out of the pan (don’t turn off the oven) and let ’em sit while you lay some parchment paper in the pan and brush it with olive oil (or just oil the pan directly if you like cleanup).

“4. Put the spuds back in the pan and—here’s the fun part!—press ’em down with a full can of soup, a coffee cup or a meat pounder until they split open and flatten to about 3/4 of an inch. This height gives them a good flesh/skin ratio. I wouldn’t go shorter but you might like punching ’em to 1 inch if you prefer more flesh in each bite. When you set the taters in the pan, be sure to allow for their spreading out so they won’t be on top of each other when you flatten ’em.

“5. Brush more oil on the tops of the potatoes so they’ll crisp. Throw some salt and pepper on there and pop ’em back in the oven for another 30 minutes or so. They’re done when the cake tester says the insides are soft and when your eyes say the skin’s lightly browned and crisp.

“Have fun. Everybody loves these babies.”

Thanks, Richard! We sure do. 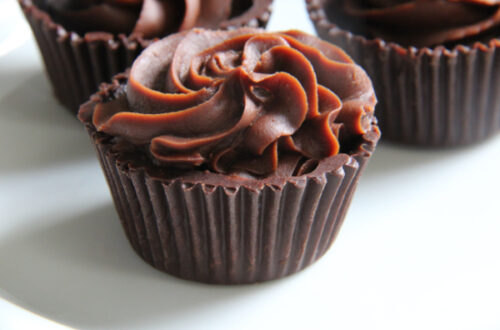 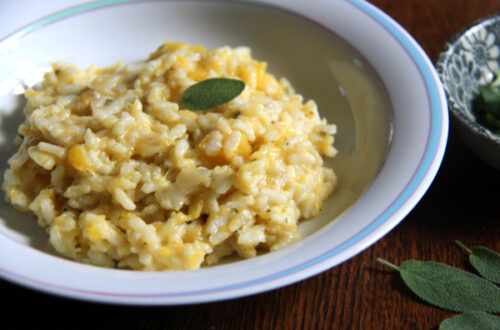